The so called Eguren Square or Park is one of the most important and significant urban spaces in the town of Marín. Here is where the Auditorio would have place.

The Church Santa María del Puerto, also called the New Temple, is built on the eastern half of the ground with an eclectic style. In this area we can also find the Casa Rectoral. This was an interesting, rationalist project original from the architect César Portela. This work has nowadays sadly been altered with some unfortunate additions, therefore it’s in need of an in depth rehabilitating intervention that allows a whole recuperation of the original project, gifted with an evident architectural value.

On the remaining free area – compartmentalized in a poorly convincing way by several types of kerbs, walls, flowerbeds and bushes- there are passing areas coexisting in an almost disjointed way with living and passing stances, next to areas for playgrounds and festive events.

The building suggested to be home of the new Auditorio de Marín would be located in its western area. Its position would be this way almost symmetrical from Sta. María’s Church while its main longitudinal axis of symmetry would be parallel to the temple’s.

Finally, the great glazed lantern emerging over the square’s top gradient adds the needed urban significance that we understand this new Auditorio must have, stablishing this way a conscious architectural dialogue with the New Temple’s naves. This way we would be allowing a clear articulation of the Park Ereguren –playground and events areas in the south, passing and living areas in the north and west. 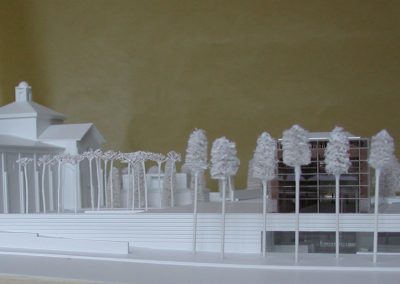 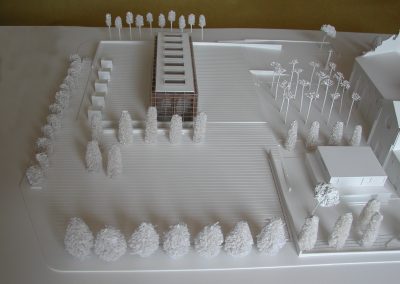 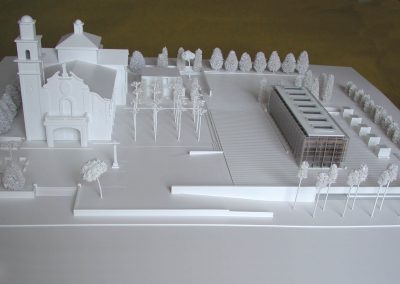 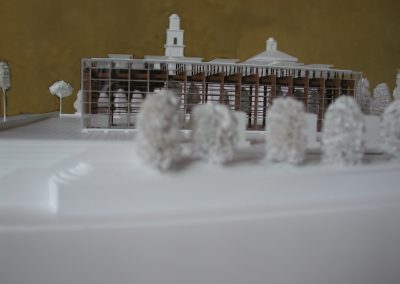 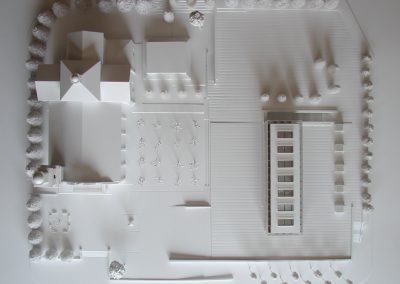 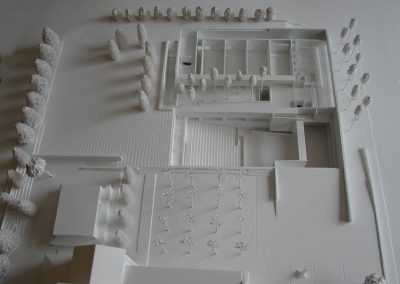 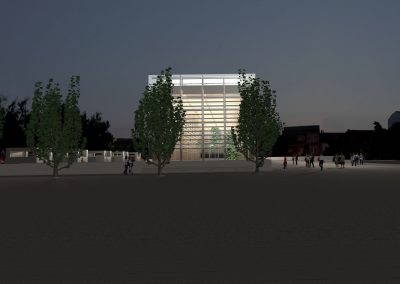 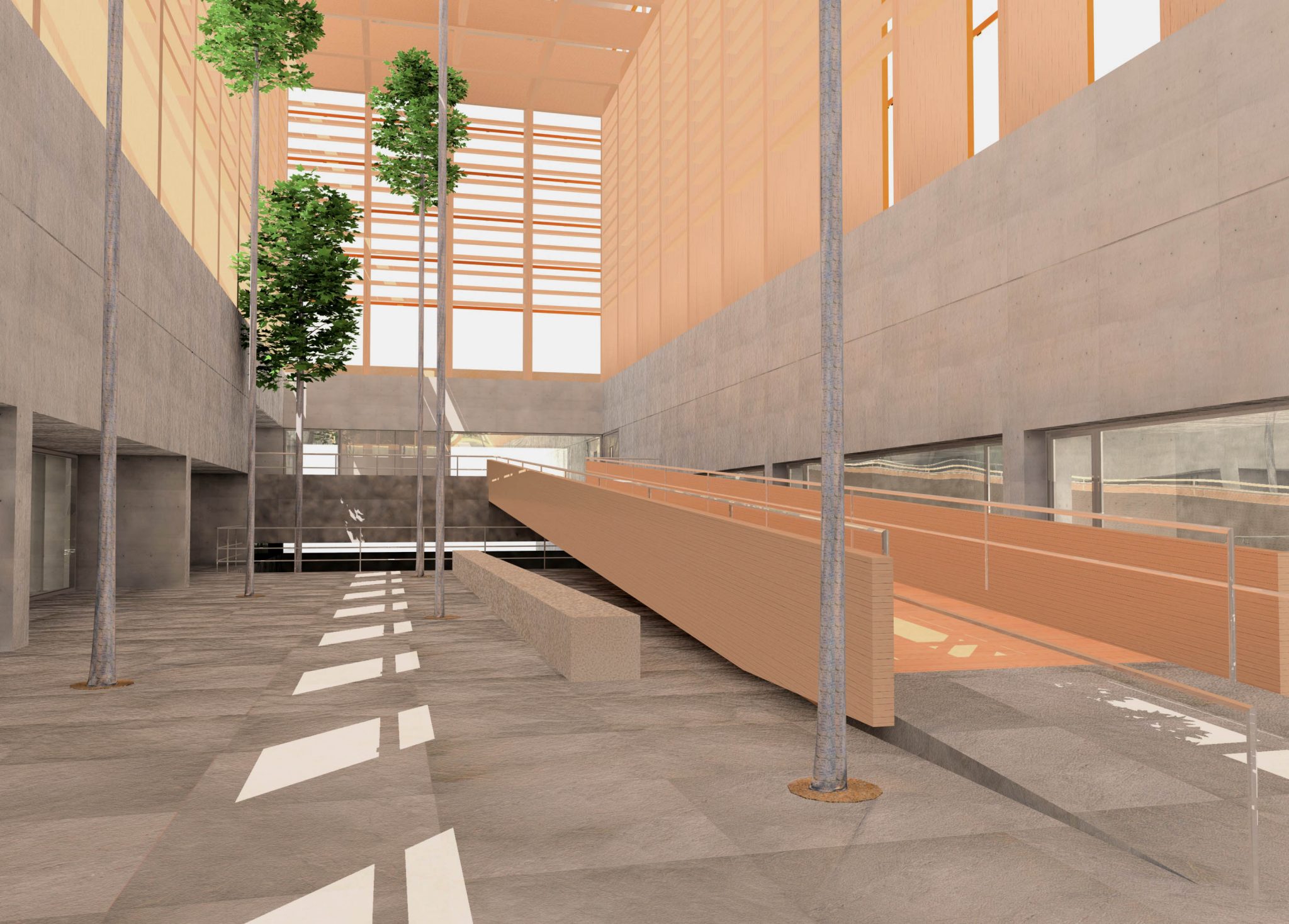 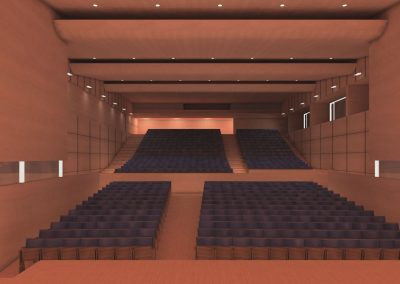 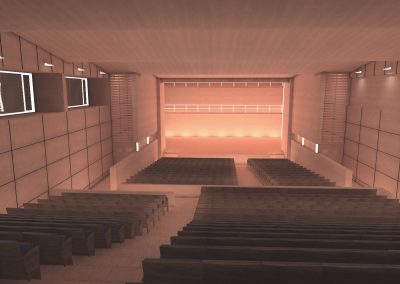 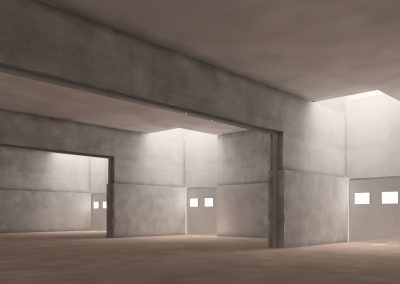